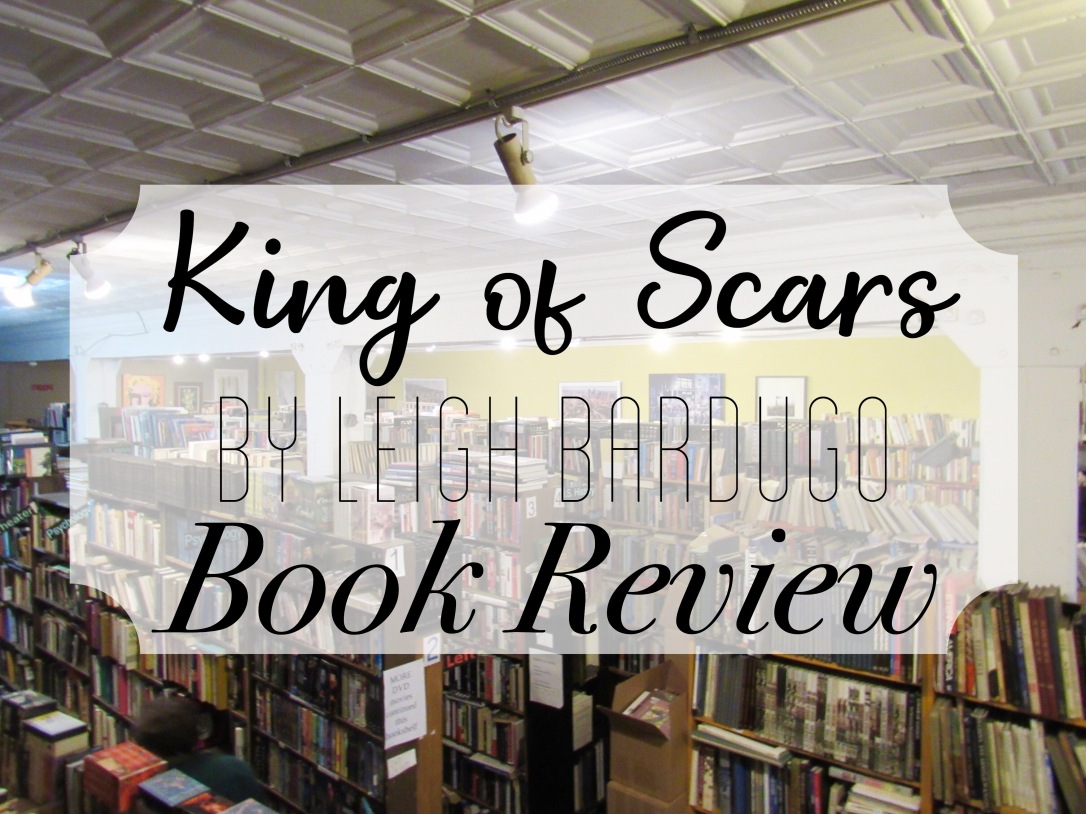 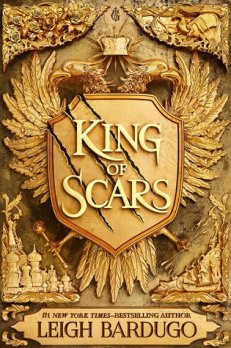 Synopsis: Nikolai Lantsov has always had a gift for the impossible. No one knows what he endured in his country’s bloody civil war—and he intends to keep it that way. Now, as enemies gather at his weakened borders, the young king must find a way to refill Ravka’s coffers, forge new alliances, and stop a rising threat to the once-great Grisha Army.

Yet with every day a dark magic within him grows stronger, threatening to destroy all he has built. With the help of a young monk and a legendary Grisha Squaller, Nikolai will journey to the places in Ravka where the deepest magic survives to vanquish the terrible legacy inside him. He will risk everything to save his country and himself. But some secrets aren’t meant to stay buried—and some wounds aren’t meant to heal

Warning: I would not recommend reading the review if you have not read the Six of Crows duology and the Shadow and Bone trilogy.

Wow. I absolutely loved this book, yet another amazing book by Bardugo! This book takes place three years after Ruin and Rising. There are four point of views: Nikolai, Nina,   Zoya, and a new character named Issak. We pick up after the civil war and Nikolai is king. All he wants is to put the civil war in the past and move on with rebuilding Ravka. But with people being stolen from the borders and challenges coming to light, Nikolai has a bit of trouble in seeing his plans come to light. When a young monk comes preaching someone everyone wants to forget, Nikolai sees that despite his beliefs, this monk can be of help. So with this monk and Zoya, Nikolai travels to the place where it all started in hopes of vanquishing the monster inside him.

Nikolai. I freaking love him! This book just made me fall more in love with him. In the Shadow and Bone trilogy I felt like we only got the witty and inventor/creative side of him along with a few serious parts. But in this book, I felt like we got a completely different side of Nikolai. I think a part of that has to do with the fact that he is three years older, he is more mature, and he has had to step up because he is king. In this book we still got the witty part of Nikolai that I’m sure we all love but we got an insight on his more serious side. Nikolai is dealing with something no one wants to deal with. The fact that he has a literal monster living inside of him.

“The monster is me and I am the monster”

We read about Nikolai and his battle with this demon as it gets stronger. I just love how this adds to Nikolai as a character and it just made me fall more in love with him.

Nina. Such a freaking badass! We get the tough Nina in the Six of Crows duology but in King of Scars we get the extra tough Nina. We get to see a little more of Nina’s newfound power and it was interesting to see her become more comfortable with it and use it more. Throughout the book Nina made references to the Dregs which I was so here for!! It just goes to show how much of an impact the Dregs had on Nina and had on shaping her as a person.

Zoya. I’ll be honest, I did not like her much during the Shadow and Bone trilogy. But lets just say after finishing this book I did a complete 180. Zoya is now one of my favorite female characters ever! She has survived so much during the Darkling’s reign of terror and we see the impact of what happened to her in this book. Zoya is definitely one of the most powerful Grishas and we get to see that in this book. It was quite enjoyable to see the extent of Zoya’s power as a Squaller. In this book we get to see Zoya sort of own up to mistakes made in the past and see her grow because of them which just adds more depth to her as a character.

Wow. I just, I don’t really know what to say. The fact that Bardugo did this was crazy. But in a weird way I can kind of see how its possible for it to happen even though its mostly non understandable. The second part of the book had me a bit confused. I like the aspect that it brings but I also didn’t fully comprehend it and how its possible. I found the second part a little bit uninteresting. I didn’t skim the majority of it so I didn’t fully find it boring but I didn’t like it as much as the first part of the book.

The ending though, like WHAT!!!! I just honestly don’t understand how it exactly could happen. And honestly, I’m not a huge fan of what happened. It’s definitely going to make for an interesting sequel.

Ugh, Yuri frustrates me. Like I can see how its possible for him to look up to the Darkling because yeah, in his own very very twisted way, the Darkling cared for Ravka. But what I don’t get is how he can justify all the bad things the Darkling did.

I’m honestly a little frustrated at Zoya and Nikolai for not being more suspicious of Yuri when they were with the Saints and during the ceremony but I also understand they had a lot on their plates. I mean Nikolai had to freaking battle the monster inside him.

What the actual fudge. I just don’t understand how he is back. I feel like just his power shouldn’t transform someone into the actual Darkling. I feel like Yuri should of still ben Yuri just with the Darkling’s power. But nope, instead we get the return of the one and only, the Darkling. Ugh I’m a bit frustrated for Bardugo doing this. It feels like everything Alina and all the characters in the Shadow and Bone trilogy went through was all for nothing. But maybe Alina will come back to help defeat the Darkling again. I mean its a stretch but one can be hopeful!

Confusion. Thats really the only thought I have revolving around the Saints. They should be dead. I mean I know Grisha can live way longer than normal people, but theres no way they can live for that long. I also don’t understand how they are bound to the fold and what the Darkling’s power has to do with keeping them there.

The whole amplifier thing was cool to learn about but I didn’t care to much about that.

So Grisha can do stuff relating to all the orders? This might be the most confusing thing I found in this book. Like what. I mean we literally saw proof of that when Zoya forged her new amplifier of Juris’s scales. Maybe because Zoya has Juris’s scales are making her able to control all orders but the way Juris was describing it, it seems like its possible for all Grisha to access powers from the different orders.

I really enjoyed this book. It was so nice to be back in Ravka and the Grisha world overall. I loved getting a more in depth look at Zoya as a character, getting to see another side of Nikolai as well as Nina. The plot was good and definitely had its twists and omg moments. I cannot wait for this next book and to see what Bardugo has in store!

2 thoughts on “King of Scars|Book Review”