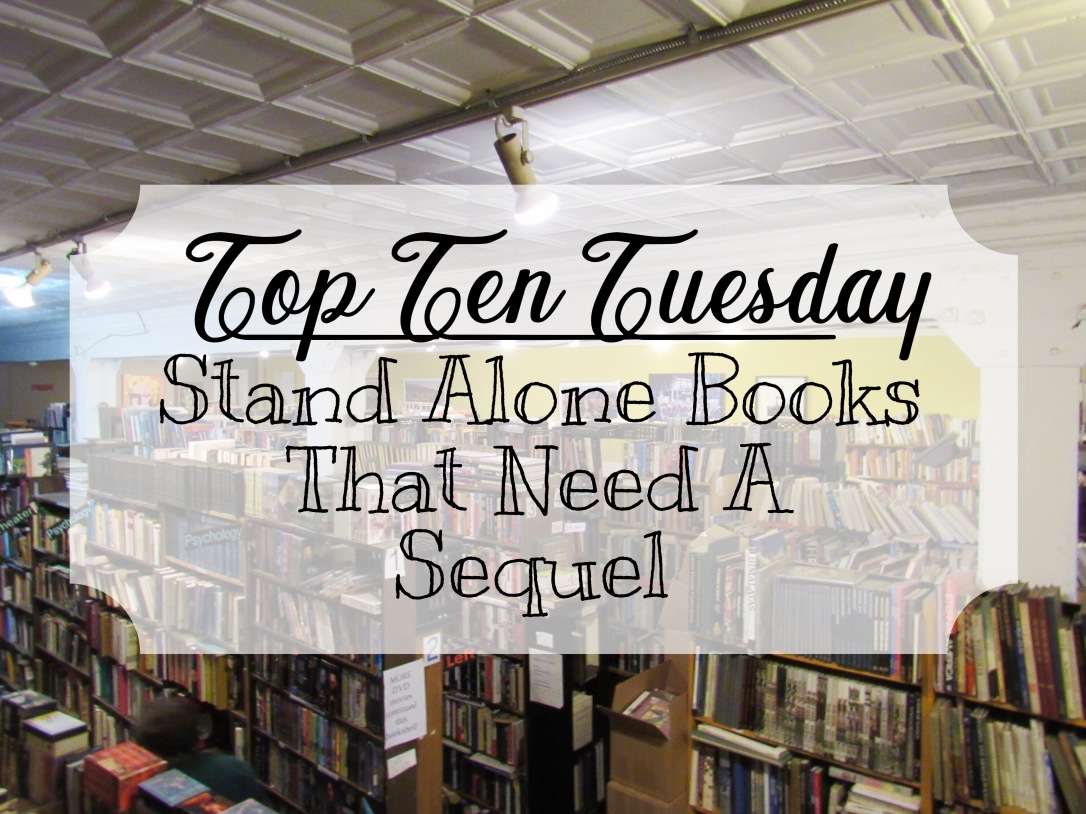 Top Ten Tuesday was created by The Broke and the Bookish in June of 2010 and was moved to That Artsy Reader Girl in January of 2018.

1) The Stand-In Boyfriend by Emma Doherty

This book is about a girl named Livy who is in love with her best friend. The solution to win him over? Make him jealous by going along with Chase’s idea of being fake boyfriend and girlfriend. I loved the ending of this book and I would love to have another book about Livy and who she ended up with.

This book literally felt like it ended on a cliffhanger. It also felt like the first book in a series. Only it isn’t. So this book seriously needs a sequel!

I could really get on board with another story focused on Serendipity Jones, or even a spinoff based on another character in this book.

I love Auggie so much as a character. I think a book about him in his later life would be pretty cool if there were to be a sequel

I just fell in love with this book and I loved the romance, especially since it involves my favorite trope which is hate to love. I sadly have yet to read another one of Bennett’s books but if there were a sequel to this story, there would be no hesitation

6) The Sun is Also a Star by Nicola Yoon

I loooooove this book so much, way more then Everything, Everything and after the ending of the book, I need to know what happens next. Part of me hopes the movie answers it yet another part of me doesn’t want it to answer it because then it strays away from the book itself.

7) The Outsiders by S.E. Hinton

I feel like a cool sequel for this would be like how they all deal with the events after or maybe after a certain amount of years they get back together and reminisce or something. I’m not adding this here because I want more from the story, this book ended perfectly in my opinion, I honesty just want more of the characters because I love them a ton as a group.

8) The Book Thief by Markus Zusak

Phenomenal book. But a sequel or spinoff would be cool in my opinion

9) Simon Vs. The Homo Sapiens Agenda by Becky Albertalli

Just give me all the Simon and Blue moments thank you.

10) The Walled City by Ryan Graudin

A what happens after kind of sequel might be cool. Or maybe a spinoff.

So, what are some stand alones you would like to see a sequel of?